African Union (AU) summits are essential to the organisation’s institutional process, and as such, offer an opportunity to understand the positions of African leaders on the continent’s pressing issues. January’s summit in Addis Ababa, the AU’s headquarters, took place in the midst of the Ivorian crisis. The Sudanese question was also on the agenda. With these situations now unravelling, an assessment of the AU’s position on these issues may be made.

Overall, the AU Assembly appears to have acted cautiously, attempting not to seem to be interfering with the domestic affairs of its member states while keeping a grip on the most pressing issues. In Sudan, the AU’s commitment to maintain its opposition to al-Bashir’s indictment by the ICC prevented the marginalisation of the ever-present Sudanese president. The AU also succeeded in imposing Ouattara’s legitimacy continent-wide by adopting a principled approach to Gbagbo’s last stand. Jean Ping, then chief of the organisation, voiced the AU’s official position on the Ivorian crisis, recognising Ouattara as the winner of the elections.

The shift from the sovereignty paradigm

The idea of a risk of foreign domination is now much less pervasive in Africa than it was half a century ago. Furthermore, decades of strife and abuses of power, justified by the notion of sovereignty, have given credit to the idea that this principle is not in itself a solution for states; it can even present risks for regional stability.

The Organization of African Unity (OAU)  Charter affirmed the principles of non-interference in internal affairs and respect for sovereignty of states. But the AU Constitutive Act introduced the possibility of intervention – though only in exceptional circumstances. This principle has been made tangible by the establishment of a Peace and Security Council. This represents a significant departure from the old paradigm, and also reflects global changes in attitudes towards sovereignty.

Principles of democracy and good governance also progressed to explicit status in the AU’s re-fashioned ideology. These recent developments in continental relations could be observed during the last summit of heads of states in Addis Ababa. Yet, lack of clarity in the definition of these new principles has led states to take different approaches in applying them to recent issues.

Displaced sovereignty and its use to justify intervention

The Economic Community of West African States (ECOWAS) has a history of intervention in its region. Its intervention in Liberia had some repercussions on the OAU’s perspective on interventionism; its threat to intervene in the Ivory Coast was therefore not to be taken lightly. South Africa, on the other hand, which was in favour of recounting the votes and dispatched a navy ship to the region, was seen as taking a pro-Gbagbo stance. ECOWAS and especially Nigeria saw this as unwelcome meddling by South Africa in West African affairs – the paradox being that while justifying its potential intervention in the Ivory Coast, ECOWAS was defending its prerogative in West Africa. This development of subregional entities dealing with security matters, while undermining state-based sovereignty, has also added another layer of complexity in finding continental solutions to local issues.

Interventionism does not always materialise as a blatant infringement on sovereignty – such as ECOWAS threatened to perform in Ivory Coast. African states have recently taken a more cautious approach regarding Sudan. South Africa, for example, suggested that intervention is best served by playing the sovereignty game. Of course, Pretoria kept its strategic interests in mind in allowing itself to be seen as palling up with Bashir. However, other objectives included the maintainence of a peacekeeping force, however small, and the implementation of the  Comprehensive Peace Agreement (CPA). Its position on the ICC resulted from this same cautious approach.

These two examples illustrate that sovereignty, far from having disappeared, has only changed in form. African diplomacy, which has never been as active as it is now, must be aware of this limit in its defiance of the old paradigm that has long been an obstacle to political innovation. Subregional security integration offers more pragmatic solutions, avoiding unnecessary consensus in the African Union. But in regions where states remain much less integrated, this will prove to be yet another challenge that cautious interventionism may be more apt at tackling. In the case of East Africa, this problem is demonstrated by the feebleness of one its subregional organisation, the Intergovernmental Authority on Development (IGAD).

The term ‘neutralité coupable’, which characterises the enduring sovereignty-based attitudes of the AOU, has been advanced by Yves Ekoue Amaizo to describe the political mechanisms of mutual disengagement of African states in the domestic affairs of others. Amaizo also employs the term to refer to mediation usually based on compromise in the negative (compromission), rather than positive (compromis), sense. According to him, this attitude encourages the immobility of governance, a major obstacle to regional integration.

While this remains true to some extent, some states are looking for strategies to shake up this system, which is not only plagued by the immobility of part of its leadership, but also by protracted security issues and differential integration. While old habits regarding sovereignty die hard, the complexity of the issues in the Ivory Coast and Sudan illustrate the paradoxes of peacemaking operations, which are inherently a messy business. To disentangle this, summits offer forums to transcend strategic interests and regain a sense of collective purpose. 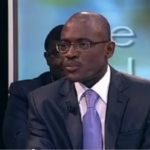